Hola!!! How do you doodaly do!!! My name is Felicia. To clarify it is Felicia not Bye Felicia LOL ; )

My home is Seattle, WA, USD and it being a large city that now feels small. I have decided to venture out for the un-foreseeable future. I am a freelance accountant who at 32 has sold everything and travelling the world. Quarter life crisis much? Working remotely allows me to due such a thing. Giving me the opportunity to work in the most random locations including a hammock on the bow of «Mermaid» in Ibiza with Roger.

If you are interested in seeing some of my adventures feel free to look me up on instagram: @Outventress

Being an avid sailor in the Puget Sound at home I was playing with the idea of assisting a vessel abroad which led me to findacrew.net where I was introduced with the opportunity of a lifetime. Sailing with Roger on Sail Mermaid. As I tossed the idea around with friends I received mostly the «don’t do it» response. Honestly, I fibbed a little with family in efforts to reduce their concern. I knew deep down this was a great opportunity and that Roger would be respectful, the experience would be memorable and the question was not «to be or not to be» but «will I regret going or will I regret not going». A question that was easily answered and I can honestly say had I made an alternative decision I would in fact regret no going. I thank Roger and Sail Mermaid for such an experience. One that is left as a too be continued. This will not be the last time I come aboard the Sail Mermaid. 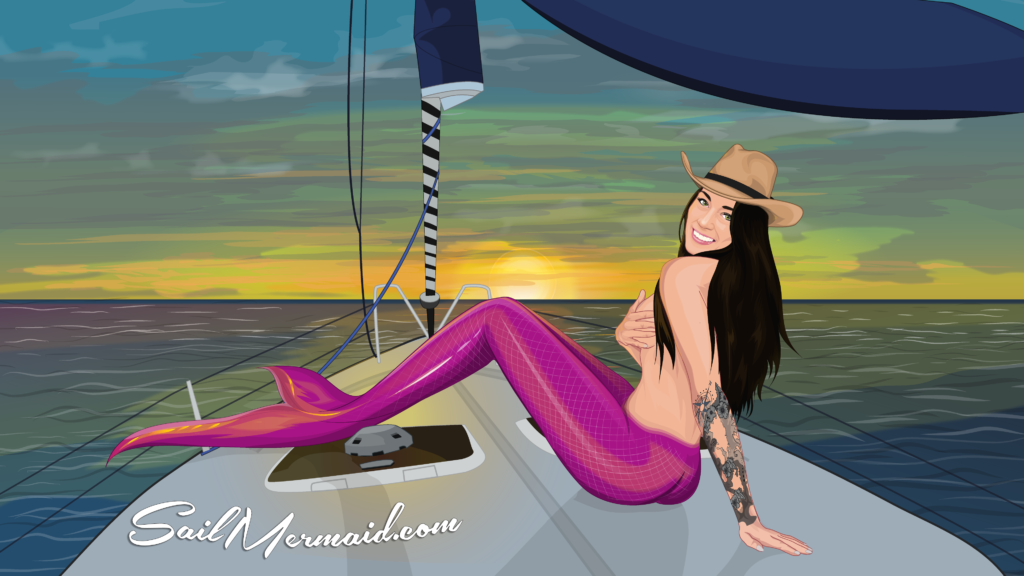 Felicia appears in these videos

S2 E15 - A half drunken chat with Felicia - Sail Mermaid

Thank you for your donation!

Any cookies that may not be particularly necessary for the website to function and is used specifically to collect user personal data via analytics, ads, other embedded contents are termed as non-necessary cookies. It is mandatory to procure user consent prior to running these cookies on your website.